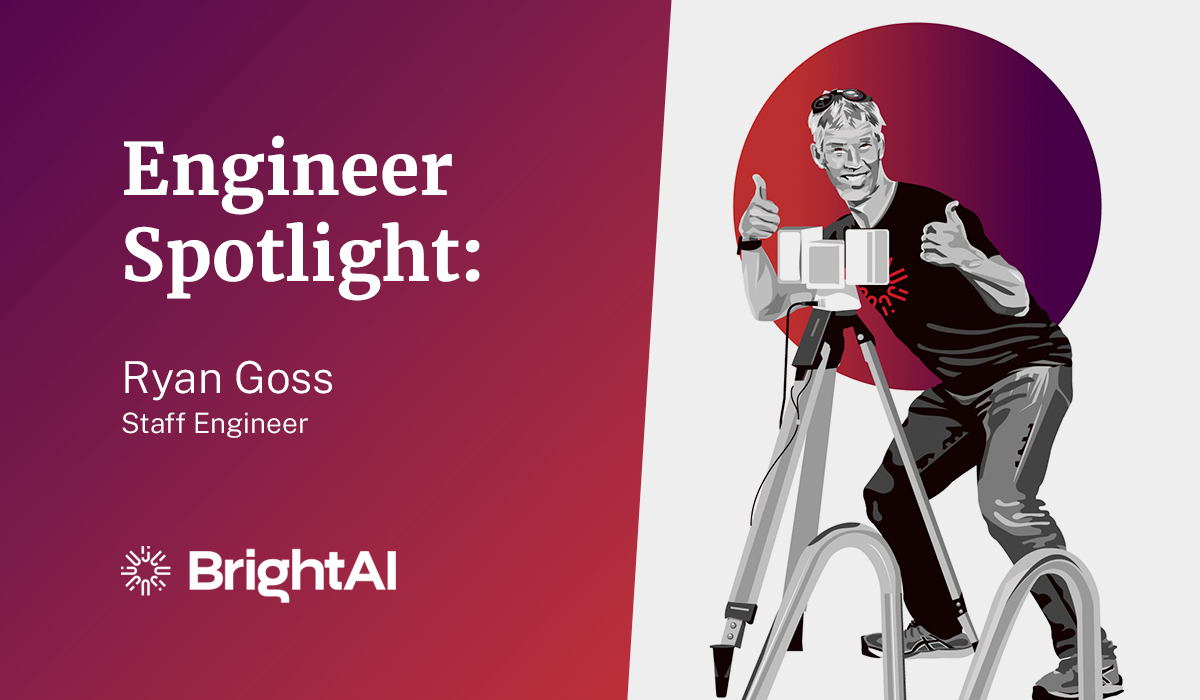 When we asked our team at BrightAI ‘Who is your absolute most impressive teammate?,’ three names received the most votes. One of them was Staff Engineer, Ryan Goss.

Ryan played a critical role on this project, helping on scoping efforts and swarming technical resources. As a result of his efforts, BrightAI was able to deliver the MVP and receive payment for this milestone in the beginning of 2022. This is a huge accomplishment for BrightAI and for Ryan and the team.

A significant portion of Ryan's time was spent working with developers. He did a great job in taking high-level requests and translating them into tasks, which allowed us to effectively leverage staffing resources. Ryan exemplified the impact that a strong tech lead can have on solution integration. Furthermore, Ryan demonstrated his dedication and leadership skills by hand delivering scanners to the client, and continued a good rapport with them.

We chatted with Ryan about his background to find out where he developed the skills he brings to BrightAI.

On being in the top three and a ‘most impressive teammate.’

Getting that recognition means more because it comes from people who really care and see you as someone to look up to. I was surprised, because my team is pretty small compared to some others. It was super cool to get it because working hard and being easy to work with don’t always go together. What’s helped is leaning on each other more.

What I try to do as Tech Lead is make tough decisions. I take a practical approach, and we have lots of conversations with our customers.

The thing about BrightAI is that nobody needs to micromanage because we’re all so amazing at what we do. I don’t have to check up on what everyone is doing. You know who the experts are, you throw the balls at them, and they’ll catch them. On the flip side, when you need help, there’s always support.

On using personality strengths to deliver for customers.

I did a project in college called “Smart Tupperware.” It told you what cereal was in it, when it was going to run out, and then added it to your shopping list. I’ve always loved forms of automation. To me, it’s super cool to be able to enable that for more and more people across the world.

I’ve never been one to shy away from difficult situations or questions. Even my kindergarten teacher said to my mother, “Ryan asks too many questions.” I’m not rebellious, but if I see something could be more efficient, I will ask, “What if we looked at it from this perspective?”

Just because I question it, doesn’t mean I have to have it my way. It just means “let’s discuss it and work through it.” You may think something technically is better, and then the customer says no. But very rarely have I said we can make this faster, cheaper, and the company says “we don’t want to do that.” We bring them along, have a shared mindset with them, and travel together.

On being a defining project influence.

I have been on one project for 18 months, so I got to reshape it. It went through a whole experimentation, trial and error process. The overall goal was measuring, but the “how” was left open. There were going to be lasers, and other things, but all that had to be filled in. It’s so rewarding to see the finish line there, get this solution delivered and be used in the field. Now, our discussions have flipped, and it’s about how we optimize it.

The customer was thinking it would get incrementally better. We were talking vastly better. It’s extra rewarding when you get the product to them, and they see it working. This device is 100% customized. Every time, it’s been a process of discovery, finding a solution, and making improvements. Getting to this point is really exciting, such a triumph.

On collaborating to innovate.

We had to reevaluate the project. We were trying to fully automate it, so you would switch a device on and go. We were struggling, and eventually we said, “What is our ultimate objective?” We want to take this and digitize it and be accurate, repeatable, and easy. So we said, “What if we put a human in the loop, because we need somebody there, and we find a way to complement the human knowledge and the system we have and make it a harmonious method?”

It’s important to go watch how the user works, to experience the current operations and hear their “pain points.” We get to see how the legacy world does it, and then we go leaps and bounds over it, finding a myriad of ways to get the process into the digital realm—often accomplishing more than the customer can envision is even possible.

This approach with our customers builds trust. Because it’s collaborative, they have confidence in this device. It’s also a lot faster and better overall, and allows us to get more data, so eventually it will be purely automated.

On being part of a small (but mighty!) company.

It has a bit of everything. Being quite small, you get customer engagement, you get into the code and hardware. I physically get to hold devices in my hand and get out into the real world with this thing. I love that purpose, that perspective. It’s really enjoyable. It’s not sitting in front of a computer all day; it’s getting that interaction. What I like about BrightAI is we are half in the real world and half in the digital world. We’re digitizing the real world, and I like living on that boundary.

On big business versus start-up life.

My previous company had tens of thousands of employees, the majority in manufacturing. It was a giant company with lots of bureaucracy. It was manufacturing, with enough engineering to make the manufacturing better; but not highly innovative, not driving new things. For a while, we had a small start-up within the company, and at that point, we were having the best time. Three of those employees are now at BrightAI and were a big reason to come. I knew the people here were the top, and the things we were doing were exciting.

Our spare bedroom is like a spare parts bin. We have these big suitcases to store things; I’ve got tripods. I have so much stuff, it’s like I have a lab station at home. I do enjoy the at-home experience, and I travel to meet with customers regularly. I’ve seen everyone on our team face-to-face. It also helps that the person I work with most day-to-day is close to my house, three minutes away. We can still get together, brainstorm, get on the whiteboard.

I feel we are at a point where AI is disrupting these legacy industries in such a positive way. We’re doing something that offers so much value to everybody in the chain—the businesses, the users who are out in the field with it, and the end customer. Workers can be more efficient; AI is augmenting the situation. Nobody’s speciality is laying down using a tape measure. We are making workers more efficient, and better at what they do. A salesperson could then do the initial visit instead of the tech installer, so it is a better sales pitch. Across the board, I see these value deliveries. We don’t have a “product,” we have a “solution.” We’re making everything better, and that’s where there is such long-term value.

On changing the world for the better.

In an altruistic sense, what I see we’re doing is making the world better and more efficient. That’s super rewarding because, ultimately, efficiency is the way that humanity will work its way through a lot of challenges, whether it be climate or energy. I want to make the world generally better. It’s not just a job, it’s being part of that. I love it.

Interested in hearing more from BrightAI’s thought leaders? Discover how our other founders are helping transform multiple industries through next generation AI. If you have any questions, or if you’d like to schedule an interview with any one of our founders, email us at info@bright.ai. 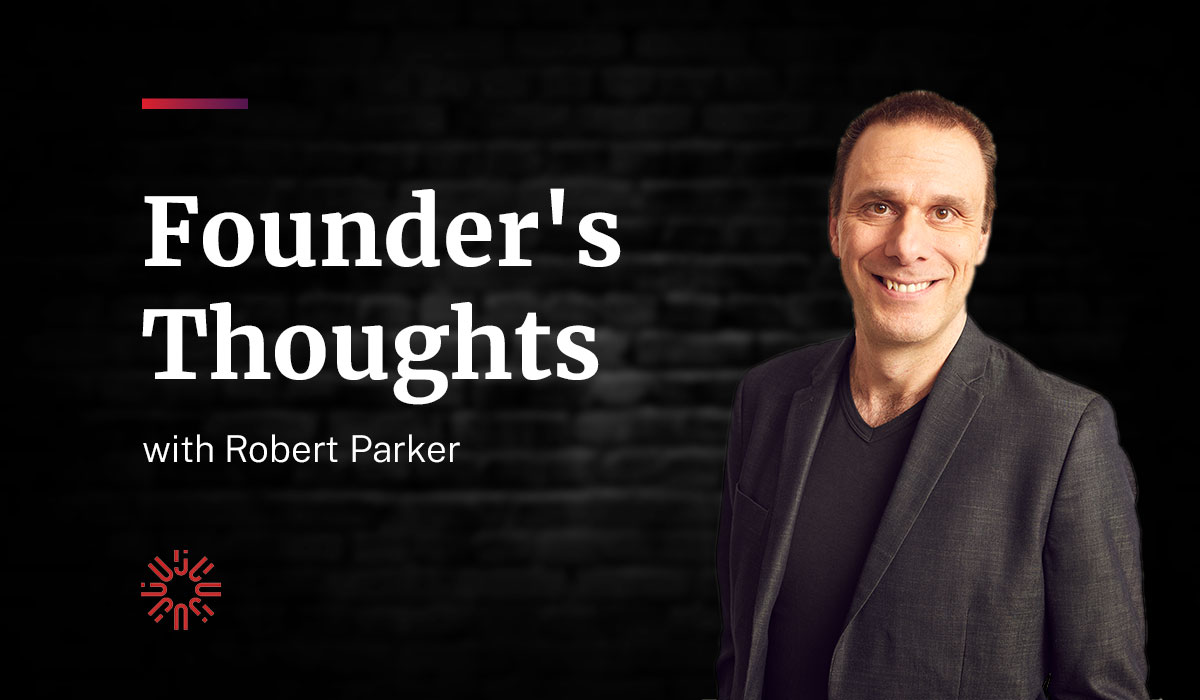 The next generation of Artificial Intelligence has arrived, and it’s disrupting how brands across all industries do business.

We talked to Robert Parker, one of... 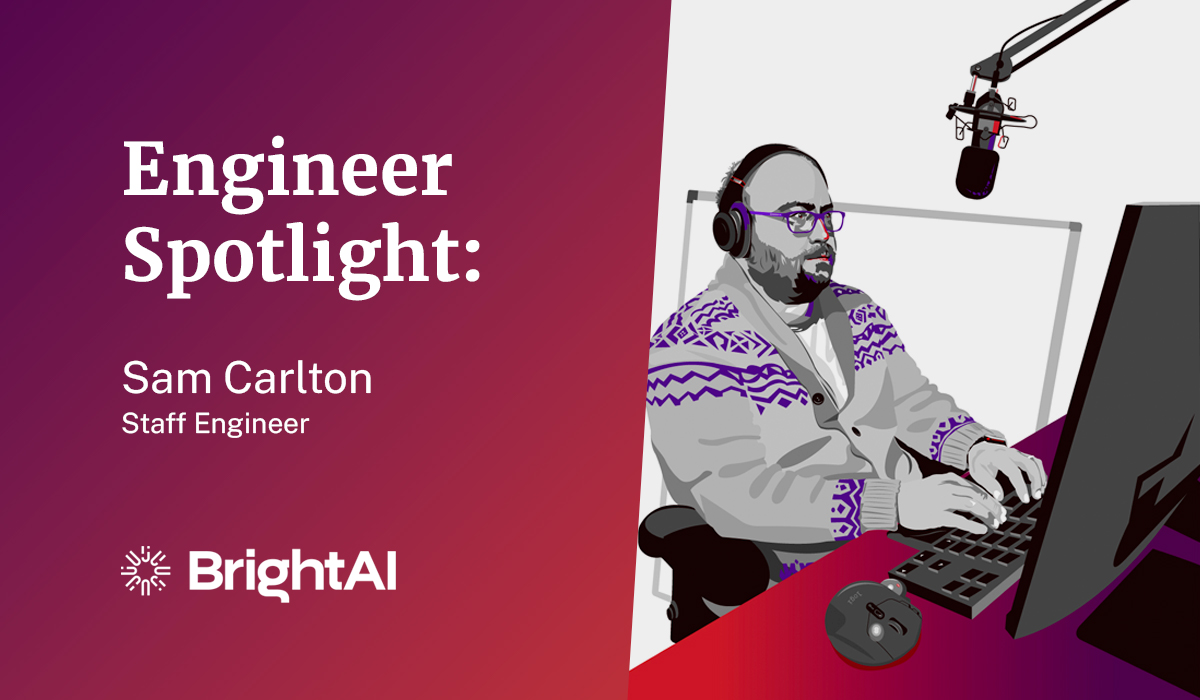 When we asked our team at BrightAI ‘Who is your absolute most impressive teammate?,’ three names received the most votes. One of them was Staff Engineer, Sam Carlton. 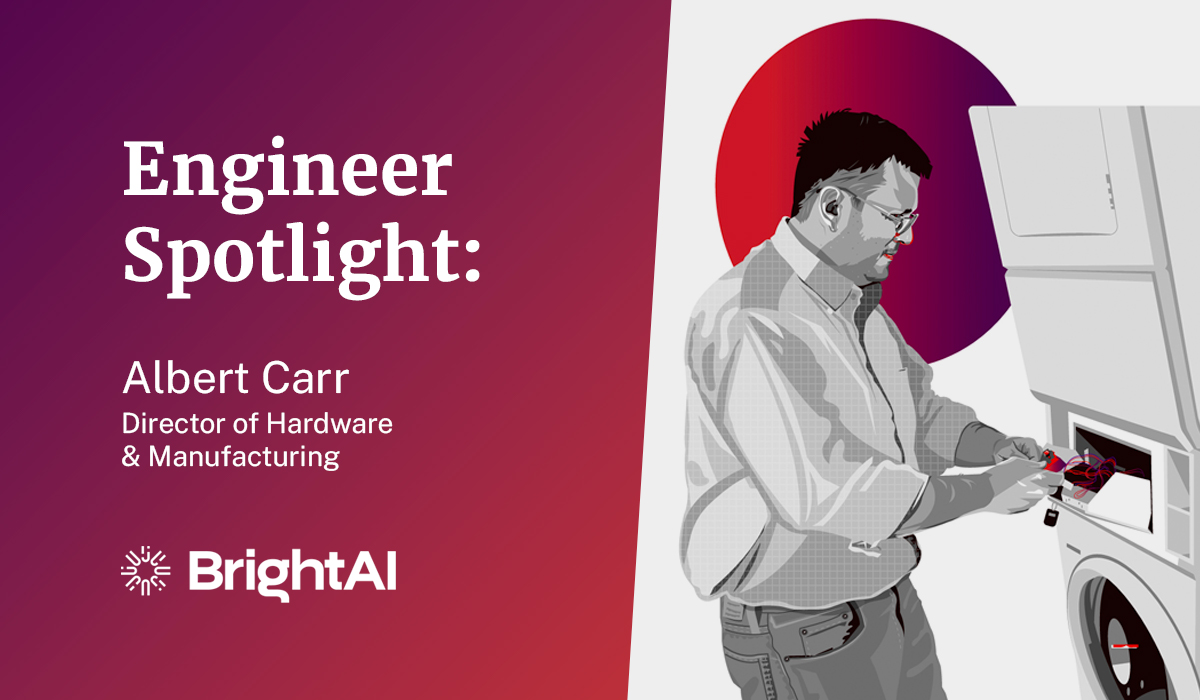 When we asked our team at BrightAI “Who is your absolute most impressive teammate?,” three names received the most votes. One of them was Director of Hardware &...